Comedian Jerry Seinfeld once said that in sports everything from players to coaches to the stadium inevitably changes, so you end up simply supporting the clothes your chosen team wears.

Some clothes are easier to get behind as a fan than others, however.

Liverpool have had some shockers, but equally there have also been several downright beautiful kits over the years that have almost justified the eye-watering price tags.

In no particular order, here’s a look at the nine best Liverpool kits of the Premier League era… Liverpool’s brief three-season partnership with Warrior – who were later replaced by its parent company New Balance – produced diminishing returns, with the 2012/13 the finest effort, despite an underwhelming season on the field.

The clean red top, with a new-look simplified badge in gold, made a refreshing change from overly busy efforts under adidas in previous seasons.

The Reds weren’t quite as stylish on the pitch however, finishing seventh in Brendan Rodgers’ first season. While Liverpool’s latest effort for the new season isn’t bad, last year’s kit was so popular many fans didn’t want the update.

A darker ‘pepper’ red was implemented for the 2017/18 campaign, with a 1984-inspired v-neck collar, as Jurgen Klopp’s side, spearheaded by Mohamed Salah, came close to aping their predecessors by adding another European trophy to the cabinet. Perhaps remembered more fondly because of the trophies lifted by the players while wearing it, the Reds home strip for the years between 2004 and 2006 was simple yet effective.

The small white patches under the arms were the only detailing on an otherwise all red affair but, as the saying goes, less is often more. And anyway, who needs stripes, piping, collars and complex layered designs when you’ve got the Champions League and FA Cup? 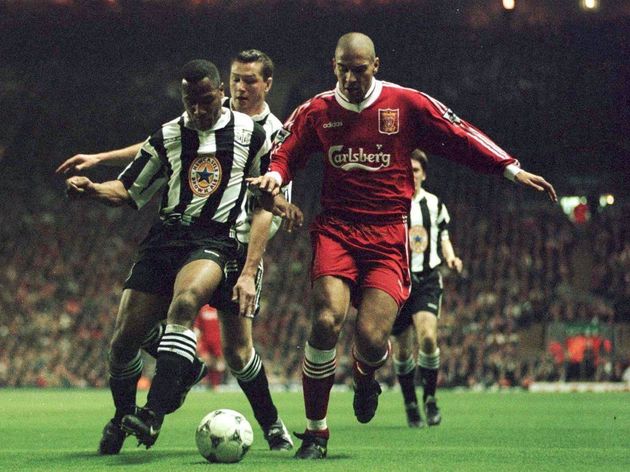 Worn for just one season due to Reebok taking over the kit deal in 1996, adidas’ mid-90s effort has aged well, despite being very much of its time.

The deep red and white v-neck, huge coat of arms-esque badge and adidas written out as a word rather than a logo make this a favourite both on the terraces and among football hipsters.

It helps that this was also the kit of the famous 4-3 vs Newcastle. 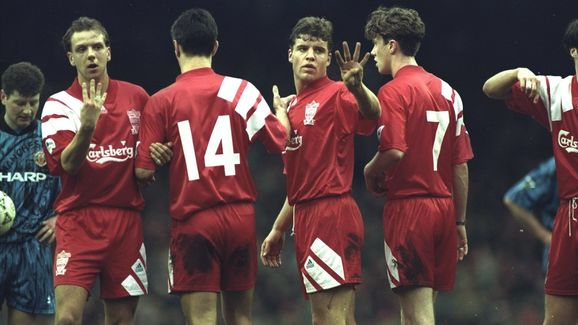 Liverpool’s centenary kit might not be quite as iconic as the previous year’s, when Candy was still the sponsor, but this was still an interesting effort for the inaugural season of the Premier League.

The huge shoulder and short motifs catch the eye, while this also marked the start of the Reds’ association with Carlsberg, with the Danish lager set to remain on the abdomen of players for the next 18 years. If some shirts on this list have had their memories enhanced a little by performances on the field, then this one owes almost everything to a spring afternoon in Manchester.

A divisive design among supporters, the grey, subtly checkered kit – which was a call back to change strips of the late 80s – grew on fans throughout the 2008/09 season as Steven Gerrard and Fernando Torres combined to tear opposition after opposition apart.

Ultimately, Rafa Benitez’s side fell short in their pursuit of a first Premier League title but this kit, with its red detailing but incongruously white sponsor, will forever be indelibly linked to the 4-1 win over Man Utd at Old Trafford and Gerrard kissing the camera. By contrast, the 2015/16 away kit makes the list purely on style terms, with results during Klopp’s first season nothing to shout about.

New Balance’s simple white design using only red for detail is the gold standard for an away kit – a standard that is rarely met by overly ambitious designers.

A quick scan back through Liverpool’s change strips of modern times, featuring myriad colours and bizarre geometric designs, shows just how rare this one is. 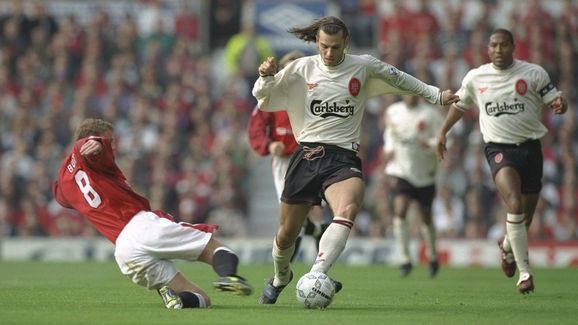 Despite the all too fresh memories of the Spice Boys suits of the 1996 FA Cup final, Liverpool’s bold cream away kit by Reebok in 1996/97 came out remarkably well.

The alternating red and black detailing complements the design well, while the Liver bird printed on the numbering is a nice touch.

On the pitch, injuries and latter season fatigue cost the Reds as Fowler, Collymore, McManaman and Berger ended up in fourth and trophyless. 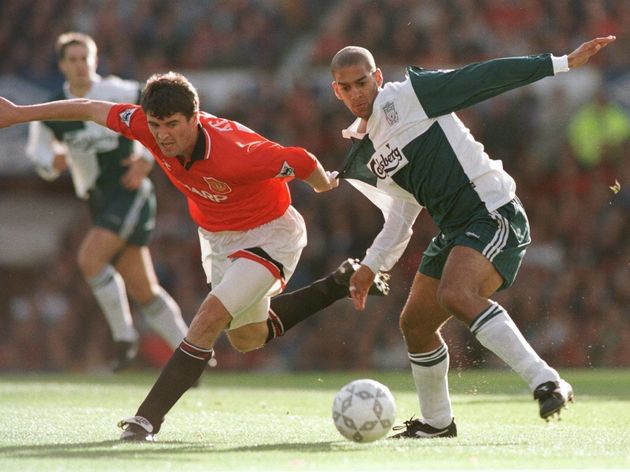 Setting aside its most famous outing, Liverpool’s 1995/96 away kit has come to be remembered as a bit of a modern classic.

The green and white quarters and button collar give it a vintage feel. Like several other adidas efforts it has gained cult following with age.

The popular design was brought back as the template for New Balance’s Liverpool away kit for the 2017/18 season.