One of the summer’s strangest transfer stories took place last week when Brazilian winger Malcom’s transfer to Roma was hijacked at the eleventh hour by ​Barcelona.

A deal had been agreed between Malcom’s former club Bordeaux and Roma for the player’s signature, with the Italian side even announcing the deal on social media before Barcelona swooped in at the last minute to shepherd the would be Roman over to Catalonia. Roma sporting director Monchi suggested legal action could be taken in the aftermath of the fiasco, while club president James Pallotta claimed only sending Lionel Messi their way would make things right between the two clubs.

And as if things couldn’t get much more awkward, Malcom has added insult to injury by scoring against the club he ditched for Barcelona in a pre-season friendly – though Roma did eventually go on to win the match 4-2. 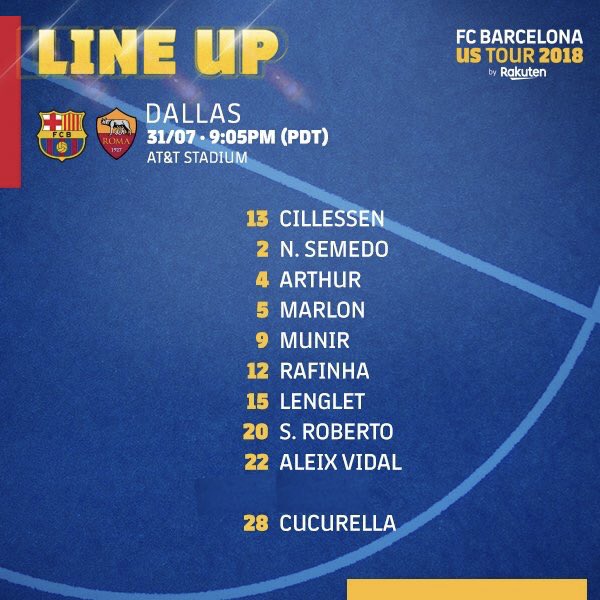 ​​Another tweet by Roma’s English account showed the club’s muted words on the site, which included phrases such as ‘Announce Malcom’ and ‘Where is Malcom’ in response to the repeated jokes and questions regarding the player and his collapsed move to the club.

Roma’s somewhat passive-aggressive handling of the situation drew a reaction on social media, with a host of fans seeing the funny side and many Barcelona fans offering their own retorts to Roma’s jibes at the expense of their new player.

sjx@Sakkax10
Replying to @ASRomaEN and 2 others

​​Things would get even more uncomfortable when Malcom netted in the second half. Something Roma’s Twitter were not prepared to let go…

Though the tweet caused quite a stir on social media, Malcom himself did not show any sign of being offended.

“It’s a joke, nothing happens. I’m not angry,” the winger told ​Mundo Deportivo after the game.

Malcom joined Barcelona for €41m after spending three years at Bordeaux, where he scored an impressive 23 goals in 96 appearances for the French side.